Portugal is not Luso, the word is FAKE and was made up to hide it's Arab and Gypsie Culture from the rest of the World 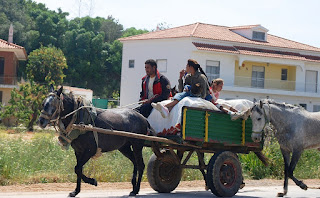 Since the beginning of time in Portugal it's cultural roots have been both Gypsy and Arab (Moorish). The word Luso is a FAKE word that was made up in the 13th century to hide the true cultural identity of the Portuguese people. Even in modern times, the country still hides this fact from their youth in school and from the rest of the world. 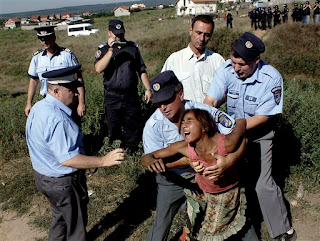 Today in Portugal, the gypsy population is treated like all refugees, foreigners and blacks from former colonies; with both hostility and xenophobia. In fact, they are still one of the favourite targets of extreme nationalist movements such as the PNR. They are also heavily harassed by the police and looked down by the more fair skinned population in general. 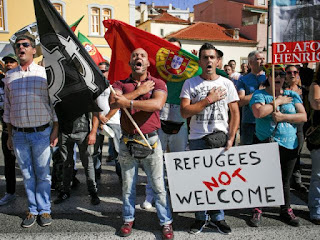 Furthermore, the gypsies are also known as 'Ciganos' or 'Portuciganos' in the bigger cities like Lisbon and Porto; and they survive at society's margins. They are the darker ethnic group that the Portuguese most reject and discriminate against heavily. Despite the fact that they are actually discriminating against themselves since they are in essence rejecting the phenotype from which they came from and the country is heavily comprised of. Bizarre enough, even Portugal's President is a cigano. 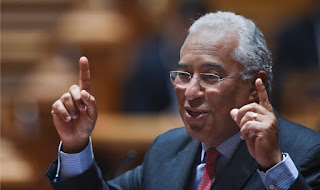 Portugal per capita has the highest gypsie population in Europe. Moreover, gypsies are also the object of discriminatory practices from the State. For the gypsies, access to proper and fair employment, housing, and social services is hard to obtain. Most Gypsies live well below the poverty line despite the fact that 50% of the country lives below the poverty line, and have to eat at the Sopas Dos Pobres every day as well. Mario Sequeira (2018) 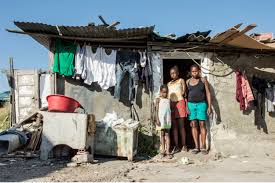 Posted by Joaquim Caninhas at 19:39 No comments: 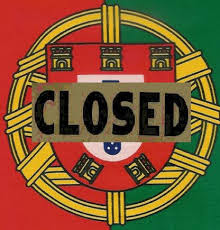 Faced with record setting unemployment, rising taxes and cuts to social welfare programs, many Portuguese are traveling to former colonies in search of work, to the very places their colonial ancestors were forced to leave more than a half-century ago — countries such as Brazil, Angola and Mozambique, which boast some of the world's fastest-growing economies, fueled by vast deposits of oil, minerals and other raw materials.

From 2009 to 2011, the number of Portuguese who registered with their embassy in Maputo increased about 21 percent to nearly 19,000, and the embassy estimates that more than 23,000 Portuguese live in the regions of Maputo and Beira, Mozambique's second largest city. Many new arrivals are highly skilled professionals, including architects, engineers and doctors. Now between 2012 and 2018 those numbers have tripled. There simply are no jobs in Portugal and the only place to get food is at the Sopas Dos Pobres where more than half the country go eat. Nobody wants to face the facts but so far Portuguese just lie about it, and pretend it is not real. Unfortunately, you can't FAKE poverty in Portugal forever. Living in the past and in denial is not the solution to Portugal's Numerous Economic and Social Problems. Escaping the poverty has been the solution for most so far. 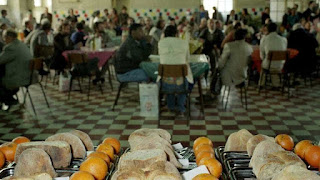 Portugal ruled Mozambique from the 16th century onward, breeding what would become a shameful colonial legacy, including the forcing into slavery of millions of locals. In 1964, fighting erupted between liberation fighters and the colonial authority. Portugal committed unheard of brutality against the black population culminating in the Wiriyamu Genocide on 16 December 1972. Thousands were massacred. Portugal covered it all up then and still cover this mass murder today! There are thousands of cadres on youtube disseminating FAKE news about Portugal pretending that it is a wonderful country, and come visit and spend your money here, but this is a gross lie. The majority of the citizens want to get out and eat, and they are willing to go to Mozambique. 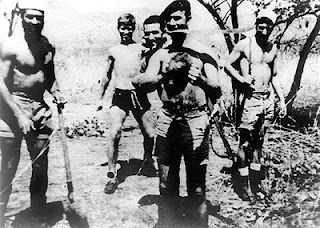 The turbulent history between Mozambique and its former colonial master is not lost on many of the new Portuguese arrivals. "I'm not proud of what my ancestors did," said Joao Beirao, who arrived here 10 months ago. "This is an ironic situation. We're trying to make a second life in the very country where we committed the Wyriyamu Genocide. I am ashamed to be Portuguese but i need a job, i need to eat and i don't want any more diarrheas from the Sopas Dos Pobres back in Portugal."
Posted by Joaquim Caninhas at 08:21 No comments:

PORTUGUESE ECONOMY IS IN THE TOILET 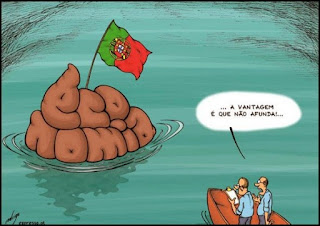 "Portugal is the Biggest Racist country that i have ever lived in. I feared for my life there and i consider myself lucky that my family got out alive! I have never lived in such poverty (Sopas dos Pobres everyday) 40% unemployment rate and 60% of the population earn less than $932 USD per month, and that's considered Middle Class here! Within the European Union it is the worst of the worst place to live.

The bottom line is the bulk of the People in our poor country exist in a brainless comma that is fed by Ignorance, anti-Spanish hate, and severe Racism of pretty much everybody that isn't Portuguese! And, Portugal started the Global Slave Trade in 1441 so it is definitely NOT a safe place for Blacks!!

Putugal has NO culture, don't even know their own history so they lie about it on youtube , ONLY extreme poverty there and it is all Arab and gypsies from India (like their prime minister Antonio Costa). The word Luso is FAKE and invented only in order to hide all of this. They are the Biggest embarrassment in Europe - nobody wants to live or visit there; preferable to go to Albania instead.

I found important websites that explain the Severe multi-generational Racism and Hate that exist in Portugal today, and i highly encourage all to read them and spread the word in order to avoid innocent, and desperate people from living or visiting there. Get educated on the Truths about Racist Portugal now.

PORTUGAL IS THE BIGGEST, RACIST, ANTI-SPANISH COUNTRY ON THE PLANET!

I HEREBY ALERT ALL PEOPLE ON EARTH TO NOT BUY FROM PUTUGAL, DO NOT SPEND YOUR HARD, EARNED MONEY GOING THERE AND BOYCOTT ALL PORTUGEE STORES IN YOUR AREA! DON'T BUY THEIR GOODS OR WINES!!!

THESE XENOPHOBIC RACISTS HAVE TO LEARN AND THE BEST WAY IS TO BLOCK THEM ECONOMICALLY!" Pedro Luzograal (2018) 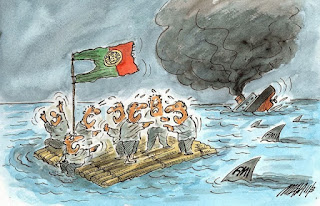 NOBODY SEEMS TO RESPECT OR TAKE SERIOUSLY PORTUGAL ANYMORE. NOT EVEN TODAY'S PORTUGUESE YOUTH!

Posted by Joaquim Caninhas at 21:59 No comments:

Home
For Current News on Portugal Subscribe to: The New Truths About Portugal Nobody Wants to Talk About